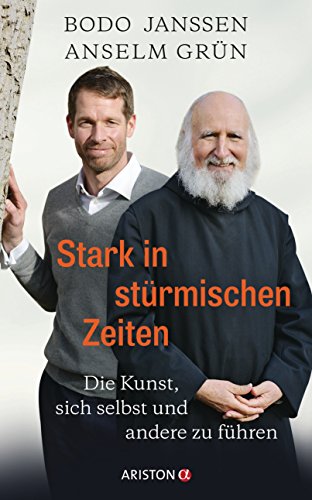 Furthermore, it has to have an appropriate social media coverage. Online Accreditation. You have the possibility to accredit yourself in advance to the summit. Please have a proof of your work as a journalist as pdf- or jpg-file max. Please remember to submit valid credentials verifying your status as a journalist. If you have any questions or if you need any information, please feel free to contact us! About Us. About ISPO. More About Us. Partners Contact. Exhibitor Directory.

What was the very first idea, musically speaking, that led you three come together as a band, that ? The bass player didn't show up for a jam. His space was filled by an adventurous spirit of freedom and joy. Back then we played standards like Inner Urge, Spiral or Nefertiti and the missing bass brought both freedom and a lot of responsibility to each of us.

The challenge was playing music that is usually built on the bass without a bass. Also, sound-wise we had to deal with the missing warmth and unifying, connecting part of the bass. We didn't think much back then, it was simply an adventure to discover and create music together. Everybody contributed compositions and ideas and very soon we had replaced the standards with originals. No matter how complicated the music was, we always played by heart - in some rehearsals we got lost for hours in discovering endless ways to improvise over a form of maybe three or five bars.

So arranging and finding ways to make the compositions happen was always a collective and time consuming process. This, to me, is a very logical workflow: everybody bringing in and suggesting very specific things the original composer could hardly know about the other players colours and possibilities on their instruments. Well, that idea is more of a spirit, an approach than a concept or a style.

It stayed with us and showed many faces since the beginning. How has the group developed that idea so far? To me it still feels like only the beginning of circling around the essence of something. Somehow the direction the band takes is not even controllable. The music just changes along the way while each of us is trying to grow as a musician.

The development and phases of some songs we played for years could maybe serve as an image for this bigger, longtime development of a band sound.

That definitely has an impact on the sound and the atmosphere on stage. Their love of music is as big as the universe. Each of them has a very defined and own vision of how their instruments should sound and of which - maybe at times surprising - role it could play. Sometimes it seems to me they want their instruments to sound like a whole orchestra- reaching for something out there that might be possible to play Also their crazy technique and understanding of musical parameters gives both the necessary overview and thereby freedom to tell their stories in many different, even very tricky contexts.

A big impact on the band sound is their love for the pure way of playing their instruments What do I bring to the band? In this trio I hardly ever have a break from playing. Switching roles from soloing to accompanying to creating a texture or sound with the others etc. It is a big challenge to find ways on the tenor to play all these rolls. It also is kind of expected or demanded by the colleagues to surprise and entertain each other especially in songs that have been played over and over again.

Being the very different characters all three of us are also creates some - most of the times - positive tension. It is my twin brother Jan's trumpet. He also placed the plastic sword there. For no specific reason. None of us would dare to even touch such a difficult instrument as a trumpet! All of them. And on the long run I think it will help us come closer to the real sound of the band, and accept its own weird beauty as we don't have to create all the music we imagine with that one band.

For a long time i thought the other way round: being mainly involved in that one band would force us to dig deeper as we wanted to tell all the stories within that frame. Haha, yes, definitely. For a year or so i even played his bass clarinet reeds on the tenor- the ones that didn't work for him - talking of "reeds" - hoping for more!

His musical clarity, groove, sound and beauty is overwhelming. I've loved every single note that I have heard him play. A miracle! The thing that impressed me most is his joy of creating sound - every morning in every hotel he couldn't wait to start practicing.

I've met nobody so far who comes even close to playing the bass clarinet like him with that sound. So it is more the approach than details we talked about or i might have "stolen". Also - but it will take years to evolve in my playing - listening to Rudi gave me an idea of how to approach the flagolet - register. This is difficult to explain Rudi playing the bass clarinet like an alto. Searching for something very specific and unexpected or in other words: the imagination being stronger and more defining than the instrument itself.

To me, weirdly nobody else comes closer to create the mood Charlie Parker must have created than Rudi. What can you tell about the Berlin JazzKollektiv and your experience in that? Beautiful, unselfish, true collective of freaks, which creates a good platform to present "our" music even if very different players and minds are involved. From summer on we will play less ourselves so we can invite more guests. Guests from Berlin or far away if there is money. Is Hyperactive Kid involved in too? Ronny and me. But Christian definitely lets us know what he likes or doesn't like about JKB.

Which great musicians of this scene do you look at? Also constantly new characters are showing up The diversity is crazy Of course too many of them you don't see playing the big festivals nor encounter them in the ad-based magazines. Luckily Berlin, where all of us are based, changed the way it did and many fantastic musicians from all over moved here or stop by from time to time or play.

American jazz musicians see their tradition in swing orchestras, Parker, Dizzy, improvisation, Coltrane, Miles, licks, Max Roach, Ornette Coleman, free Growing up in a country that doesn't really have folk music which is present and lively anymore I think all of us have our own roots: depending on what they grew up listening to and play along with or heard in concerts etc. With the WWW entering our lives, this process of individualized roots became normality.

And apart from that, by now there are so many coexisting jazztraditions - one has to choose a point where to enter, how far to go back. The more of a tradition one knows, the better, but it can also be a trap: you can never reproduce any jazztradition or style and reach up to it simply because you will never feel the same excitement and fire the inventors felt, everything had its place and time.

So besides being aware of the exploding richness and the whole history of Jazz all the countless jazztraditions and maybe knowing how to play some of it, I think it is mainly about finding some field or language for oneself. I once in an interview described my point of view concerning tradition with the following words: "The longer I play music, the more important it becomes and the more clearly I perceive what a band conveys, which message it sends out.

I am deeply connected to tradition and constantly try to understand and carry forth its liveliness and fire - which could only develop in the context of its time ; and thus secure the old masters their lasting impact. The music felt more alive that way. We almost never used a loop station for example. Somehow this is the hard way, as it is so easy to create a big atmosphere by using effects etc.

But soon, hopefully we want to produce a proper studio album, playing with all the possibilities of editing etc. This opposing the latest two Hyper albums which are live recordings. And if Hyperactive Kid features a special guest just only one , who would this be? We never missed a gig and never played with a sub or guest so far. Tough one. No idea. Any suggestions? Nick DeRiso, somethingelsereviews.

Many are the jazz adventurers who have run aground on the rocky shoals of the Thelonious Monk sound. They either come off as gimmicky impersonators, the portrait of studied eccentricity, or as well-meaning but genuinely confused — unsure of what to do with all of that dissonance. Wiik couples then decouples, and Gropper sounds — if only for a moment — like a lonely romantic. But, just then, Steidle brings his kit back to a rolling boil, and Gropper returns to his initial harmonic distortion as the track concludes.

When Wiik initially comes to the fore, he plays with a pent-up abandon — spurring Gropper into a more contemplative tack. Lang and Steidle slow to an intermittent shamble, as Gropper offers a frankly gorgeous meditation. Then they start again, with Gropper honking happily along. Then, it begins again. Lang and Steidle softly clang about, soon joined by Wiik, as Gropper continues along with his lengthy ruminations. Slowly, almost imperceptively at first, the composition begins to pick up steam, until finally the quartet has rejoined its earlier sense of dissonant abandon.

As with so many moments of this album, the track reveals new treasures on repeating listens. Later, I became transfixed as Lang and Steidle answered back with these ruggedly individualistic splashes of color — all while keeping this adroit cadence.